In 2018, I attempted the inaugural WAM 100k, but a calf muscle strain forced me to drop out at the 60k mark. I have been signed up for the race ever since, but still hadn't completed it: in 2019, I dropped down to the 50k distance and then still dropped out of that race because my heart just wasn't in it; and then in both 2020 and 2021 the race was cancelled. With experience, I realized that part of my problem in both 2018 and 2019 was that I ran the Squamish 50k in August. I know a lot of people can do those back-to-back (they're about 3 weeks apart) , but for me they are much too close together to be fully physically and mentally ready for WAM. This year, I made WAM my only goal trail race and was determined to get to that finish line - but then in April, I ended up injured again, with my old nemesis hamstring issue that flares up every now and then. As I worked through that injury with strength building and physio, I found that although I couldn't run at all, I could hike - and so I spent all of May and most of June doing tons of vertical hikes in Squamish and North Vancouver. This was a very unusual start to the summer running season for me - normally at that shoulder season time of year I'd be building my base mileage with runnable forest runs, before the real alpine running opens up. But because my natural inclination is to run (the road runner in me lives on, I guess), steep hiking is not what I would consider one of my strengths - and so I used this time to work on that aspect of my training. By mid-July, I was finally able to manage a 20k run, and from there I decided to just carefully build up my mileage toward WAM in September, without really expecting to be able to get to that 100k distance but hopeful that I could at least run the 50k.

We had a very cold and rainy spring this year, so the alpine opened up later than normal and the timing (late July) happened to coincide with when I was able to start running long distances again. I spent the summer essentially playing in the mountains with friends, feeling stronger and stronger as the runs piled on. And slowly, the hope started to creep back in - could I maybe actually attempt the 100k? Sometime in August I started to feel confident that I could do it, and mentally committed to toeing the line.

Fast forward to race day: At 5 a.m. on Sept 10, my friends Hilary, Katie and I trotted off the start line together along the lovely gravel path that eases you into the trails. The last time I started WAM, I realized a couple things very quickly: my headlamp was terrible, and my eyesight in the dark was even worse (side note: generally it is a wise idea to find these things out before the race, not during it ;) Knowing this, I had a much better headlamp this time around and was kitted out in an ancient pair of glasses that I could just throw in my pack once the sun came up. What a difference this made! Vision is highly underrated, I tell you. 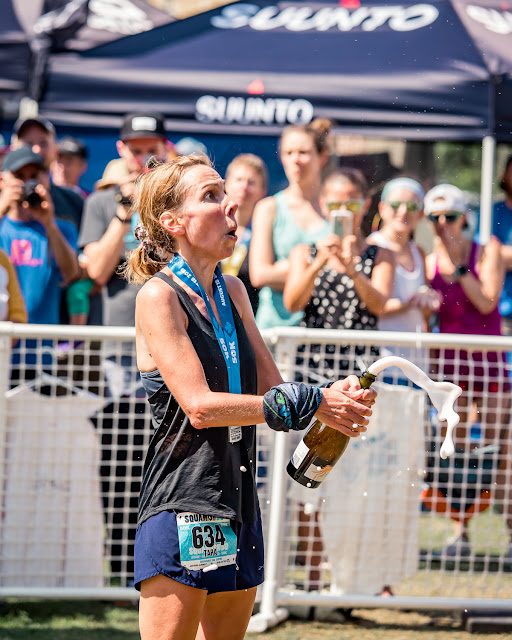 taratrails
Although I wear many hats in my life, above all things I am a runner. Running is my constant. It keeps me grounded and brings me great joy.